We're huge Doctor Who fans around here. If you're not familiar with Doctor Who, it's a British science-fiction television program produced by the BBC that celebrated its 50th anniversary of broadcast yesterday, November 23rd, with a blockbuster special that brought back characters and actors from years past, simulcast all over the world. The show depicts the adventures of the Doctor, a Time Lord—a time-traveling humanoid alien. He explores the universe in his TARDIS (Time And Relative Dimension In Space), a sentient time-travelling space ship. Its exterior appears as a blue British police box, which was a common sight in Britain in 1963 when the series first aired. 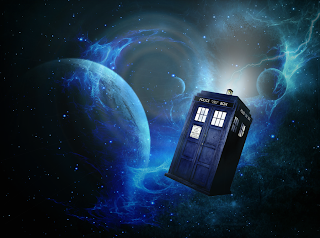 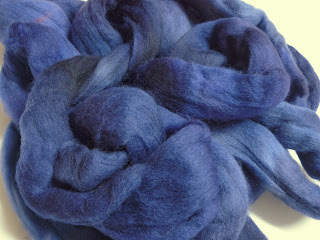 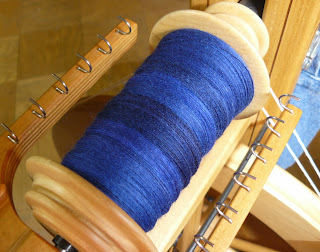 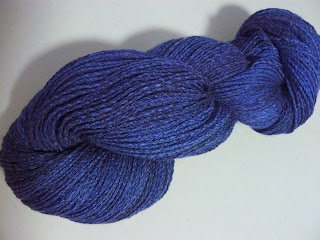 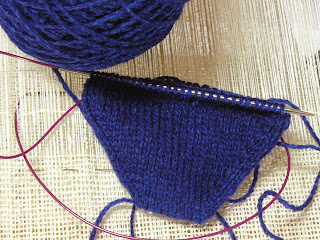 This geeky fangirl had a wonderful time watching the anniversary special, and now I'm SO looking forward to the Christmas special!!

Posted by DebbieB at 2:32 PM No comments: Links to this post

My rainbow candy towels are off the loom, washed and dried, cut apart and hand-hemmed, and pressed. I have 4 navy, 4 burgundy, and 4 teal. They're listed in my shop, the link is in the sidebar, if you're interested in getting one for yourself or a gift.

I love how they came out! 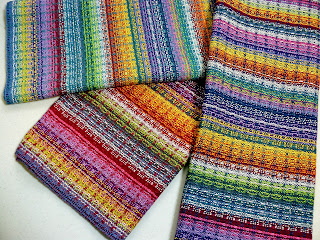 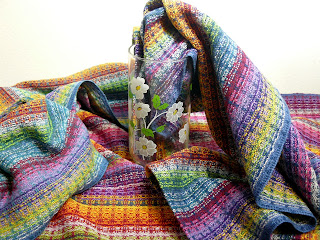 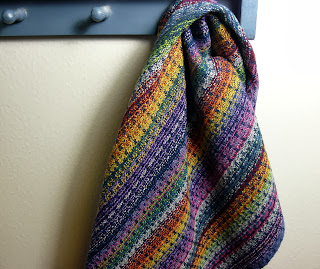 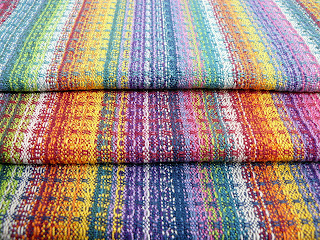 Posted by DebbieB at 3:20 PM No comments: Links to this post

... and here's the third weft color, navy. As with the first two colors (burgundy and teal) it picks up different shades in the warp and does interesting things with them. Weaving these colors is endlessly amusing! 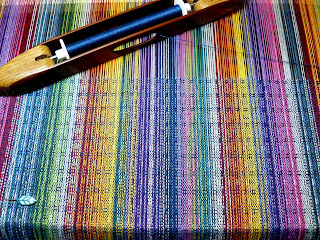 I love how changing the weft color makes such a difference in the overall look of the cloth. Here's the second color, teal: 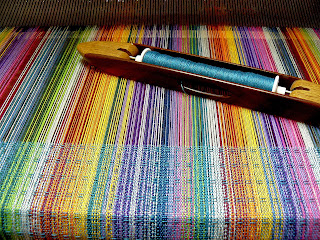 Posted by DebbieB at 11:09 AM No comments: Links to this post

I'm planning 3 different sets of 4 towels each from this rainbow warp: 4 burgundy, 4 teal, and 4 navy. Here's the first color - I love how it's weaving up! 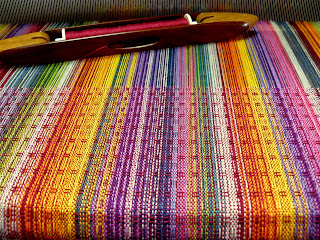 Posted by DebbieB at 1:37 PM 2 comments: Links to this post

I love putting on a long warp and weaving dishtowels. Time for rainbows again! It's so much fun to grab a bunch of colors and toss them onto the warping mill as the mood strikes. I change colors a million times to get these multi-color warps, then weave with a textured pattern (huck) using a solid color weft. I'm thinking burgundy, navy, and teal. 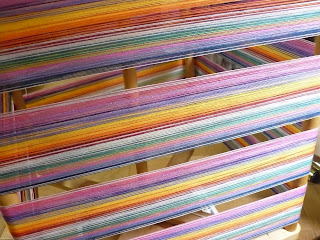 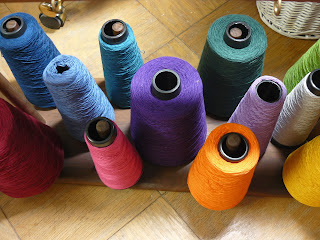 Posted by DebbieB at 7:29 AM No comments: Links to this post