Those containers of lettuce are really producing well. Today's harvest, lettuces and spinach and green beans, became tonight's dinner, with some added veggies from the farmer's market and a little chicken. I love being able to walk out onto the patio and pick fresh vegetables to feed my family! 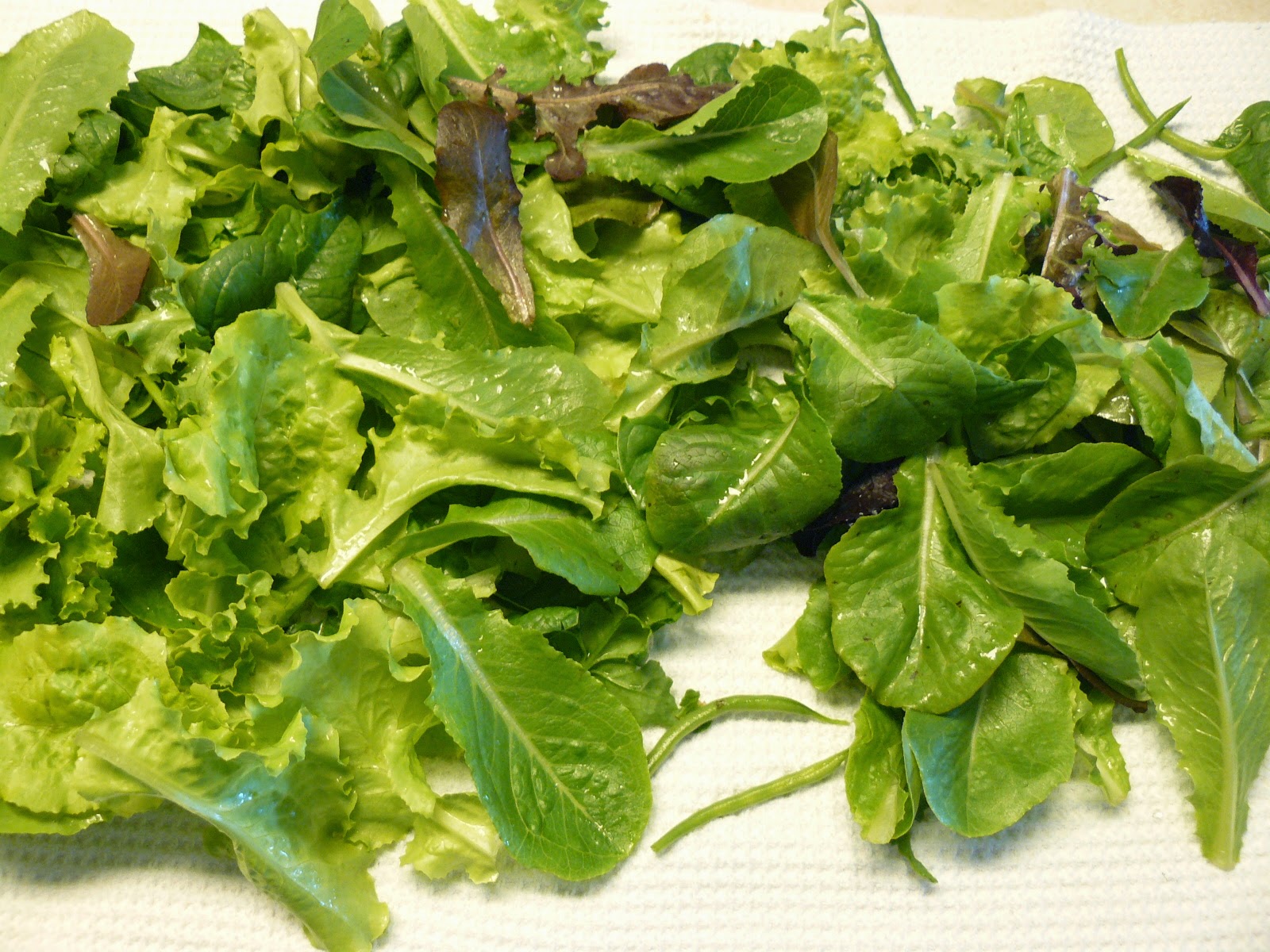 Our garden is larger this year, and we're hoping for more of a harvest. Last year the squash vine borer got our zucchini, the heat got our lettuce, and I have no idea what happened to the tomatoes. We did get a lot of green beans, and the basil went crazy, but that was it.

This year we started earlier, and utilized lights to start seedlings indoors before the last frost. It helped to give our garden a good jump-start. I've been harvesting lettuce for weeks - we planted several varieties in pots instead of in the ground, so we could move it out of the worst of the heat to extend the season a bit. I've got Romaine, Grand Rapids, and Simpson, and I get 3 small side-salads for dinner at least 4x a week. I take the largest leaf from each plant, and they obligingly grow new ones for the next day or two. 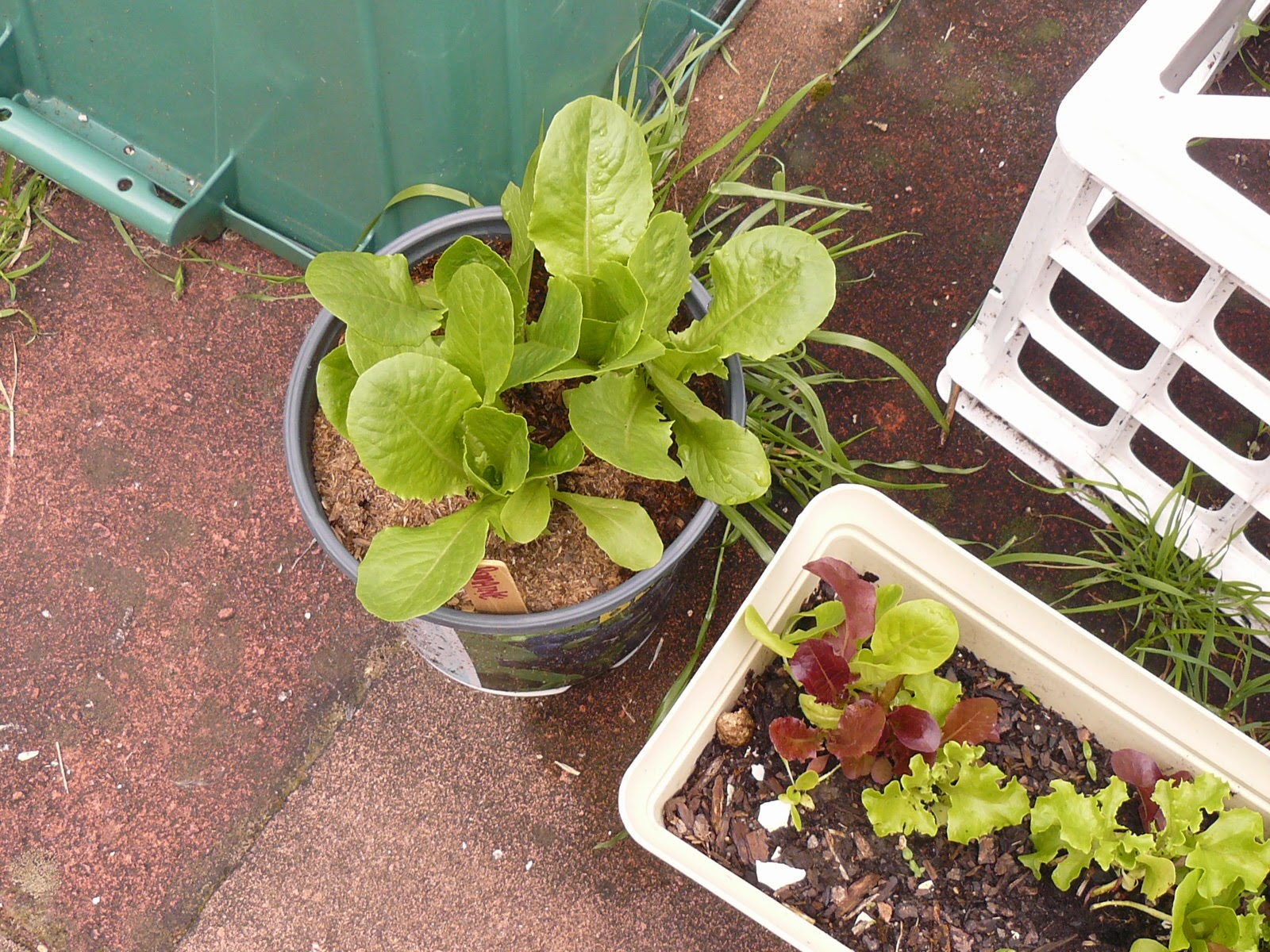 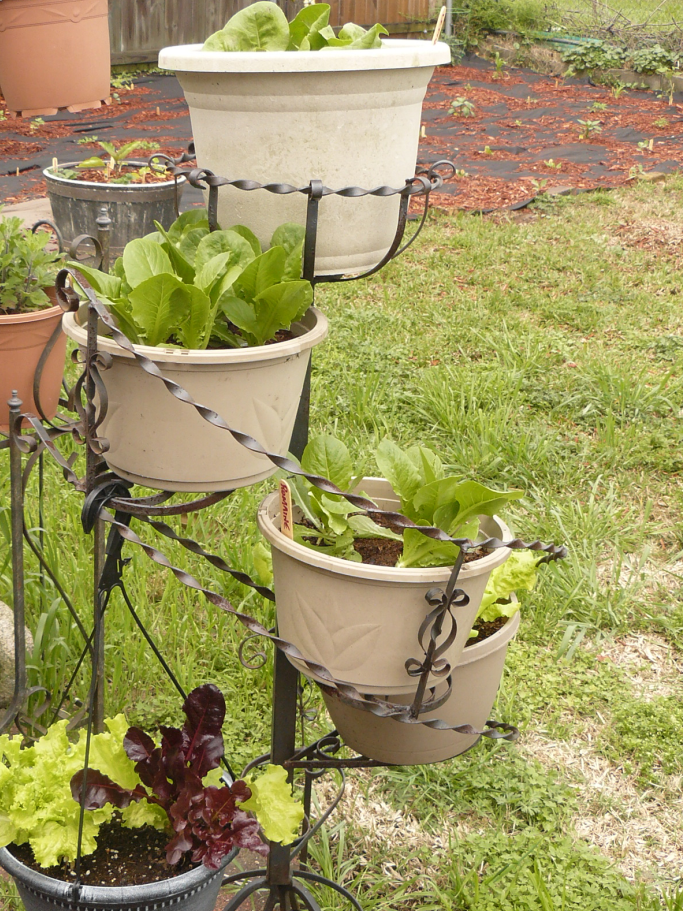 Today I also harvested a few green onions and green beans. It's a small taste of what's to come, and I'm loving it. :) 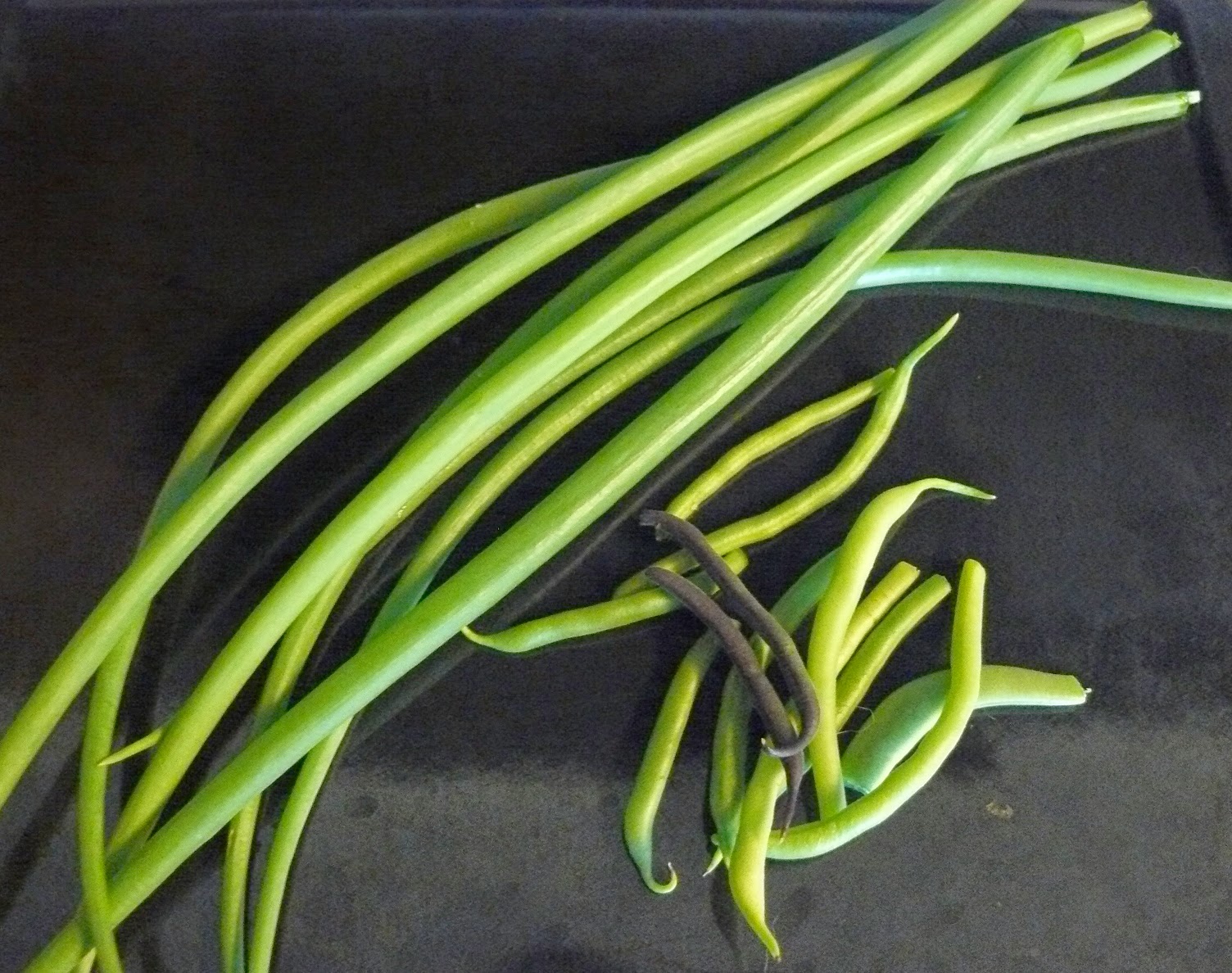 Posted by DebbieB at 8:47 PM No comments:

I've finally finished weaving the napkins. I decided to experiment with weaving using a temple for this warp. Not for my edges, they're always fine - but it was suggested to me that a temple would reduce draw-in, and therefore allow a wider cloth for the same amount of threads. Since I weave long production-type warps of 12-14 yards, this should in theory save me on thread cost.

Well, it slowed me down dramatically. I could have woven twice as many napkins for the same amount of time. The temple has to be moved every half-inch or so, in order to be effective. Even though the temple removal and replacement took just a few seconds, it interrupted my "flow" and took some of the enjoyment out of the weaving. And it's got to be FUN, otherwise it's not worth doing!

A temple is a great tool for keeping the woven cloth stretched to its proper width, and I'll use it for weaving rugs, but for towels and napkins, it's not for me. Lesson learned!

Here are the finished napkins - washed, dried, pressed, and hand-hemmed (available in my shop, link on the right): 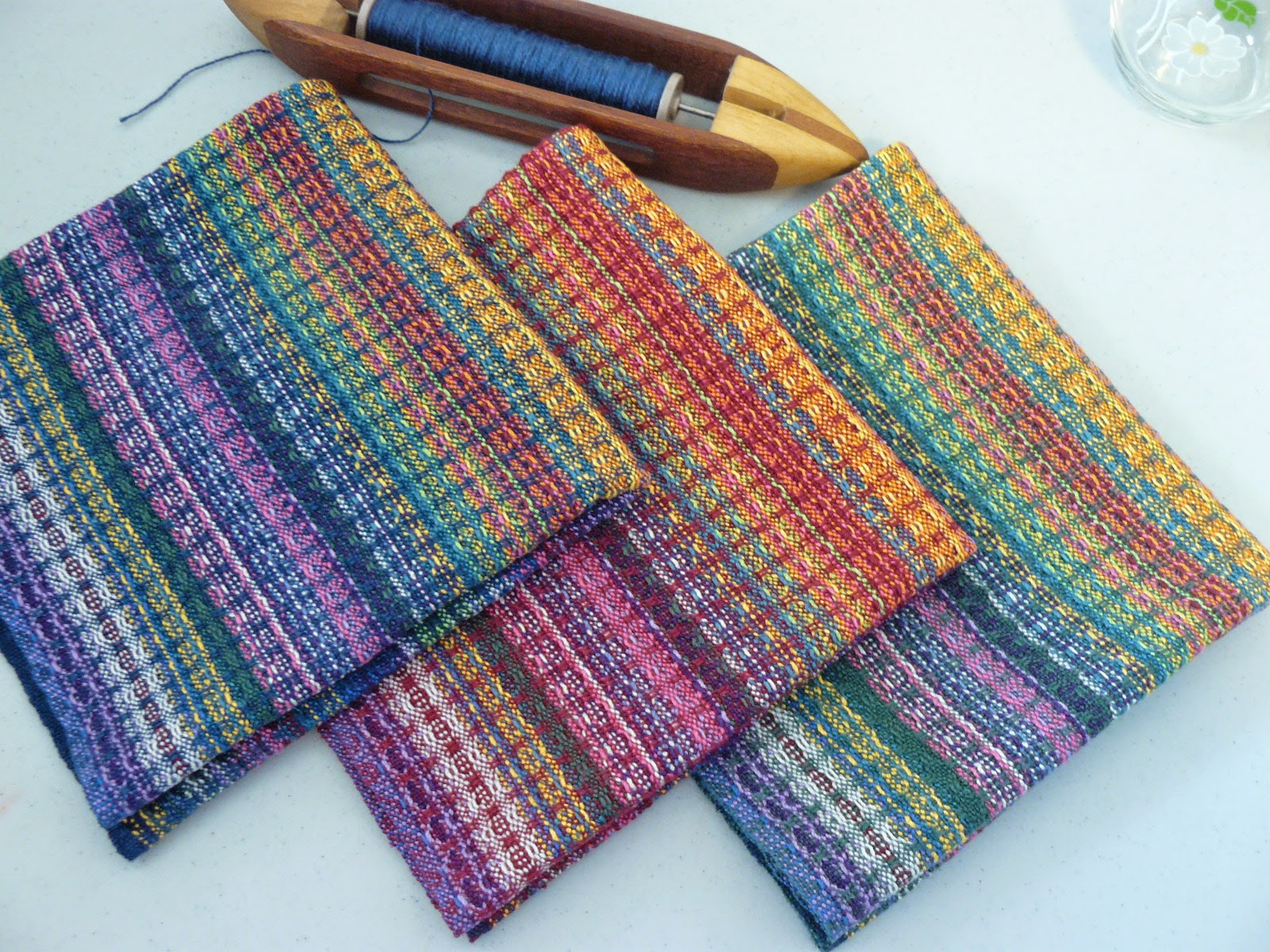 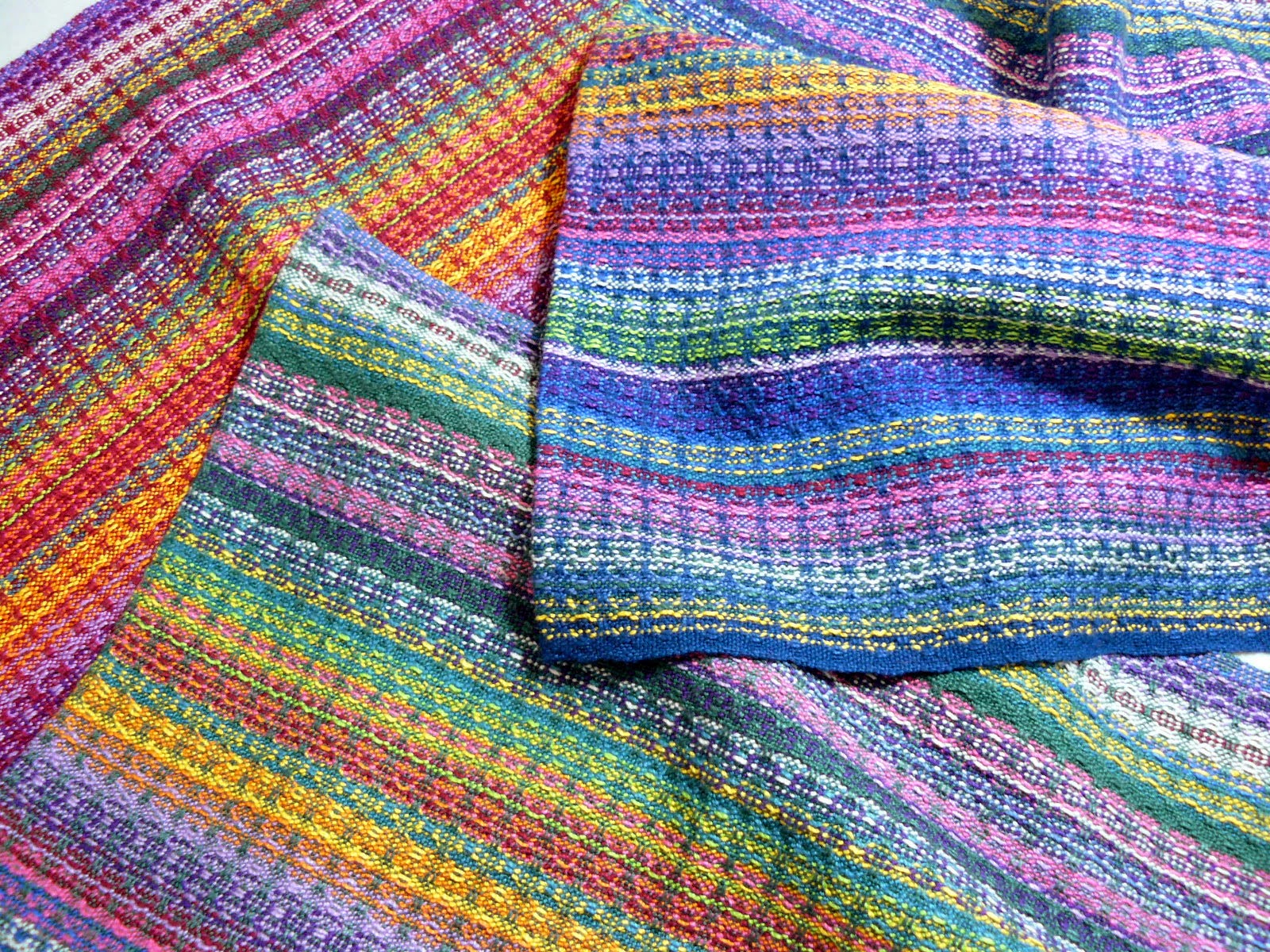 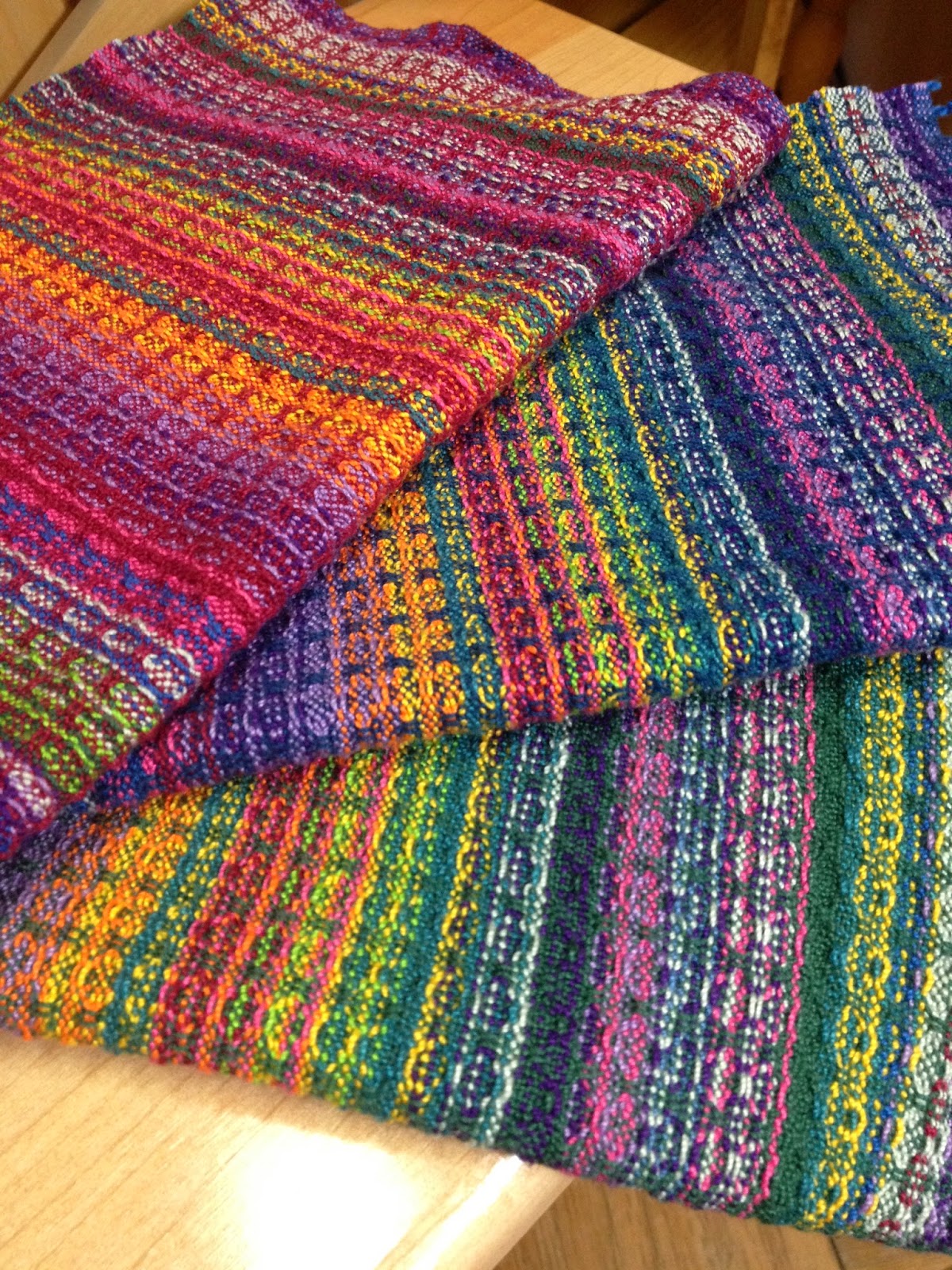 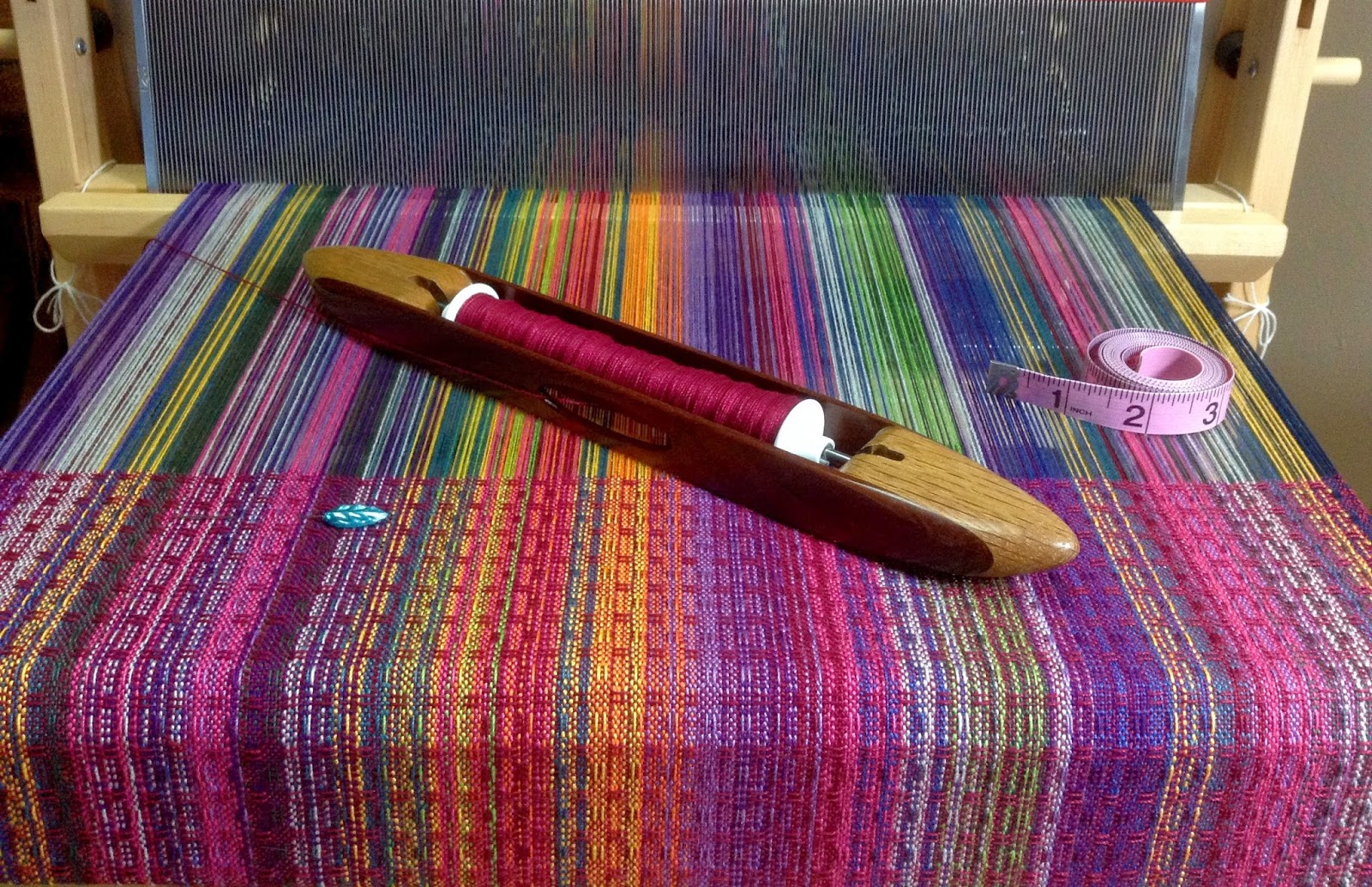 So much to tell you... I'll try to be good and update more often. Promise!
Posted by DebbieB at 1:07 PM 2 comments: